Appeal the Government of Nepal to stop demolition of ancient city treasures. 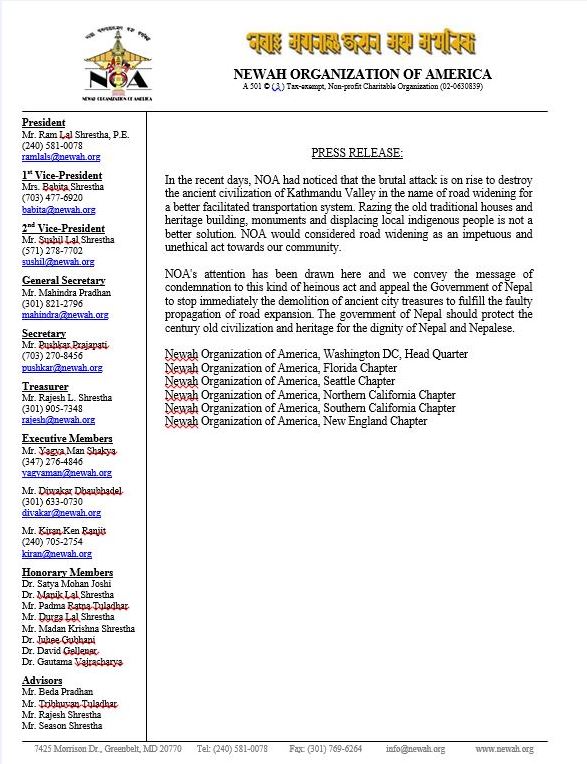 In the recent days, NOA had noticed that the brutal attack is on rise to destroy the ancient civilization of Kathmandu Valley in the name of road widening for a better facilitated transportation system. Razing the old traditional houses and heritage building, monuments and displacing local indigenous people is not a better solution. NOA would considered road widening as an impetuous and unethical act towards our community.

NOA’s attention has been drawn here and we convey the message of condemnation to this kind of heinous act and appeal the Government of Nepal to stop immediately the demolition of ancient city treasures to fulfill the faulty propagation of road expansion. The government of Nepal should protect the century old civilization and heritage for the dignity of Nepal and Nepalese.